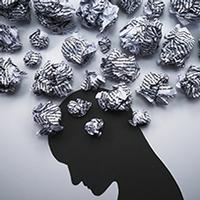 How not to be overwhelmed by obvious advice

With unprecedented access to information, the internet can be a source of useful material. However many times, so-called experts share specious advice. In this article, Phil Yaffe addresses a widely discussed topic, clear writing, and dives deeper to fix the flaws found in regurgitated writing advice.

In the previous installment, we took a close-up look at the functional definition of "concise," i.e. as long as necessary, as short as possible, and saw how useful it is in preparing an expository (non-fiction) text that most people will probably want to read. As you will recall, there are two other functional definitions needed to render an expository text effective: "clear," and "dense." We are going to take a second look at these now (see Communication Corner No. 2 "The Three Acid Tests of Persuasive Writing").

Remember: What induces most people most of the time to read an expository text is it quickly tells them what benefit they can expect to gain from doing so. I will now do the same thing with this text.

Fixing the Flaws in the Ten "Principles" of Clear Writing

A list of "Ten Principles of Clear Writing" widely circulating on the internet offers much useful advice; however, these so-called "principles" are only tips and techniques. In reality, they are built on our three true principles of clarity, conciseness, and density described in Communication Corner No. 2. By keeping these three true principles firmly in mind, you can apply the 10 tips and techniques that grow from them with greater ease and impact.

You should already know each principle by heart, but they can never be repeated too often, so here they are again.

So there you have it. Ten so-called principles for writing an effective text or preparing a good speech reduced to only three real principles (clear, concise, dense).

I said at the outset that reading this essay would make writing an effective text and preparing an effective speech considerably easier. I think I have kept my promise. I hope you agree.

2019 Copyright held by the Owner/Author.