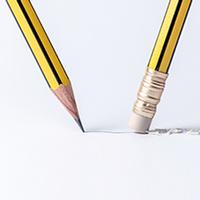 Applying specific communication techniques can only be achieved by first understanding the fundamental principles. In this article, Phil Yaffe shares a new one: Your writing should be as long as necessary, and as short as possible.

This is essay number 19 in the "Communication Corner" series. The first 18 essays were devoted to exploring the basics of effective writing and effective public speaking. In particular, the focus was on how writing and speaking are fundamentally the same, differing only in some important details.

Unfortunately, they are too often viewed as distinctly different disciplines, which is why there are so many books on the market about writing with hardly a mention of speaking and books about speaking hardly a mentioning of writing. It is my contention that unless you look at writing and speaking as flipsides of the same coin, you are unlikely to learn how to do either one of them well.

Now I would like to shift the focus. The fundamental principles of writing and speaking have now been laid out and compared and contrasted. From here on out I would like to look at these principles in greater detail to ensure best application. But remember: Applying specific approaches and techniques of writing and speaking can be successfully achieved only by first understanding and keeping uppermost in mind the fundamental principles they are designed to implement. If you are not certain when and why you should apply a specific technique, chances are you will apply it inconsistently—or not at all.

If you are puzzled by this admonition, it is probably because you have been led to believe that "short" and "concise" are synonyms.

They aren't. My dictionary shows two definitions for "concise."

If "short" is already part of the definition of concise, they can't be synonyms. There must be a difference. So what is it, and how does it affect your writing?

Over my 40 years as a professional writer, I have developed my own definition of "concise," which makes the difference explicit. Moreover, it is functional. It not only tells you what you are seeking to do, but also how to go about doing it. You learned about this in CC No. 2: "The Three Acid Tests of Persuasive Writing."

Before examining this functional definition, let's agree on what we are trying to achieve by being concise.

It is commonly claimed people today have shorter attention spans than in the past, so text must also be shorter. I am unaware of any scientific evidence that supports this contention. However, I am aware of considerable historical and psychological evidence that disputes it.

People pay attention to texts that catch and hold their interest. Once that interest wanes, they stop reading. It's as simple as that. Whatever effect radio, television, films, the internet, etc. may have had on average attention span, individual attention span is governed by self-interest. This has always been true, and remains so.

The objective, therefore, is not to constrain a text to fit some artificial limit, but to be certain that everything it says has purpose and meaning for the reader. This is what makes a text concise, whatever its length.

So back to the functional definition. For a text to be truly concise, it must be:

As with the dictionary, "short" is only part of the definition—the second part. Before you set about making your text "as short as possible," you must first make it "as long as necessary." In practical terms, this means before you do anything else, you must first determine the key ideas you want your text to convey. Then identify all the supporting information needed to make them clear and credible.

Whatever minimum text length is required to adequately cover this vital information; this is how long it must be. It makes no sense to look at your text and then start cutting out important information because it seems to be "too long."

Now, what is meant by "as short as possible?"

Keep in mind that nothing in a text is neutral. Anything beyond the minimum length required to be "as long as necessary" will not simply add a few unnecessary words. Ultimately, it will affect reader comprehension.

Subconsciously, the reader will continually be asking himself why those additional words are there; however, since they are unnecessary, he will never get an answer. The more often these unconscious questions are raised, the more often there will be no answer. The reader will become less and less confident that he understands what he is reading. When he concludes he doesn't understand it (or considers it boring, which is the same thing in disguise), he will stop reading. And your effort will have been wasted.

Remember: The length of a text and how well the reader understands it are intimately linked. The purpose of writing "as short as possible" is not to avoid too many words (whatever that means), but to ensure clarity.

I have yet to see any list of writing tips that explicitly states this fundamental principle. So let's state it again. Conciseness means saying everything that needs to be said in as few words as possible in order to ensure clarity.

Now that you understand the true purpose of all the various writing tips and suggestions on offer, you are more likely to value them and apply them with the rigor they deserve. However, don't be overly concerned about applying them when writing your first draft. Every well-written text must go through at least two distinct drafts:

Here are a few examples that show the significant difference that understanding and applying these tips can truly make. This is only a sampling. After reading these examples, review other writing tips you may have come across. You will now read and appreciate them more acutely than ever before.

Bullet points and numbered lists are excellent ways of shortening a text while making it easier to understand. You may have noticed I have used this technique several times in this essay.

These are the four factors that led us to this decision:

Display data directly next to their reference. Data displayed "respectively" requires the reader to stop and confirm the correct order. This can cause confusion.

The word "respectively" almost always causes confusion. Banish it from your vocabulary.

If you wish to use more than one term to mean the same thing, be certain that you clearly inform the reader.

Poor
Infantile eczema is a common disease of infants aged 0–2 years. About half of all infants with atopic dermatitis will develop asthma before their fourth birthday.

Better
Infantile eczema (atopic dermatitis) is a common disease of infants aged 0–2 years. About half of all infants with atopic dermatitis will develop asthma before their fourth birthday.

Generally I prefer the active voice because it gives a clearer picture of what is being described and is usually shorter. However, don't be afraid to use the passive voice when needed. After all, if there were no real need for the passive voice in the language, it wouldn't exist.

Passive voice: The new product was approved by management.

Words at the beginning and at the end of a sentence ("hot sports") have stronger emphasis than those in the middle. Therefore, put important information in these key locations to aid reader understanding.

Poor
Astronomers hunting for evidence of life outside of our solar system announced the discovery of a new class of planets yesterday.

Better
Yesterday, astronomers hunting for evidence of life outside of our solar system announced the discovery of a new class of planets.

Best
Astronomers hunting for evidence of life outside of our solar system yesterday announced the discovery of a new class of planets.

Poor
The national leaders met to discuss new trade relations between their two countries in the Royal Palace.

Better
In the Royal Palace, the national leaders met to discuss new trade relations between their two countries.

Best
The national leaders met in the Royal Palace to discuss new trade relations between their two countries.