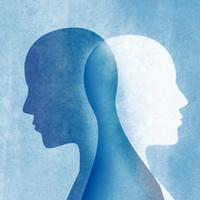 Science has two faces: One sees settled science and all its laws; the other sees only the unsettlement of hypotheses yet to be verified and the uncertainty of whether they can be verified. Both faces are integral to the healthy workings of science.

Science is scientists methodically performing experiments to confirm hypotheses about the world. Once a hypothesis has been experimentally verified by many scientists it become "established" and is taken as a verified scientific fact. From there it can be used to make predictions about future events or about hidden features of data. This is what we have been told for many years.

But there is a paradox. On the one hand, the historical accounts of settled science are familiar, reasoned, and methodical. On the other hand, the actual work of investigating and verifying hypotheses is unfamiliar and often chaotic. How can science be methodical and chaotic at the same time? How does science resolve chaos into order?

This paradox has serious implications during times when science is searching for answers that have yet to be found, as in the COVID-19 crisis. To outsiders, it may seem that the chaos indicates the scientific process has collapsed and is not working, and that the claims of scientists cannot be trusted. In fact, the chaos is an integral part of the workings of science and is necessary to achieve settled science.

The urge to portray the public face of science as serene, dispassionate, and methodical runs deep. Nearly every scientific paper follows the same general structure: problem statement, literature review, approach followed, analysis of the data, and final conclusions. All neat and tidy. When we ask our students to write up the conclusions of their scientific studies, such as in capstone projects and theses, we prescribe this format. Stories told this way are stripped of the dead ends investigators frequently encountered and the backtracking they needed to converge on results that could be validated. Engineers frequently complain about this style of storytelling because they believe much is to be learned from things that do not work as well as things that do. Yet they too write their articles in the same way.

Bruno Latour, a sociologist and philosopher, addresses this paradox in his book Science in Action (Harvard University Press, 1987). He makes a fundamental distinction between "ready-made-science" and "science-in-the-making." Ready-made science, also called settled science, is the models, theories, and laws that are now taken for granted and are ready for use to build systems and make predictions about nature and the heavens. Science-in-the-making is quite unsettled because scientists do not yet know if a hypothesis is verifiable or how to go about verifying it. It is infused with uncertainties, controversies, dead ends, and fierce debates among scientists. It is highly emotional, passionate, and unsettling. Latour illustrates his point with a detailed analysis of the hypothesis that DNA is a double helix. Today that statement is taken for granted and is the basis of gene sequencing, genetic engineering, DNA analysis, CRISPR gene editing, and more. But the process of coming to this conclusion was fraught with disputes among the leading scientists, emotional name-calling, mis-fired claims of first discovery, and supreme disappointments about being upstaged. Latour does not make this up. He quotes from the writings of the scientists involved at the time.

Latour depicts this dual nature of science with an image the two-faced Roman God, Janus. One face, seasoned and creased with lines of wisdom, looks back over all that has happened and tells us what is true and repeatable. The other face, youthful and brash, looks forward and tries to make sense of the unknown ahead. These two faces embody differing interpretations of the world. Latour illustrates with contrasting aphorisms such as in the table here. The backward and forward faces often see things in inverted ways.

With this view, Latour characterizes science as a process of inventing facts. What we call a fact today started its life as a hypothesis—someone's opinion, a hunch, a speculation about what may be so in the world. The processes of science, such as publication, exchanges at professional meetings, debates, roundtables, extensive experimentation and testing, all contribute to removing doubt about the original hypothesis. When all the doubt has been removed and there are no remaining dissenters, the scientific community accepts the hypothesis as a fact. Latour says the scientific process is one of hypotheses accumulating allies until there are no more dissenters. It transforms chaos into settlement. It is intensely social.

Some people don't like the notion that scientific interpretations are social inventions. They think scientists are teasing out fundamental, immutable truths about the world. Social construction allows the possibility that different communities could adopt different systems of interpretations of the same phenomenon. This is in fact what happens. Here are three examples of competing interpretations that evolved in different subcommunities of science.

The first example is two systems of medicine, Western and Chinese. Both developed independently over long periods in separate parts of the world. The Western system holds that illnesses are caused by pathogens or injuries and prescribes healing interventions, such as drugs, to kill pathogens and surgery to repair injuries. The Chinese system holds that illnesses are manifestations of imbalances in the energy flows within the body and prescribes interventions, such as acupuncture and herbal therapy, to restore balance. Both can assign quite different interpretations for the same symptoms and yet their markedly different interventions can be equally effective. Western medicine is generally seen as very good for acute conditions and injuries, Chinese medicine for chronic illnesses. The point is that they are both scientifically valid systems, yet they evolved in different societies and are not the same.

Another example is the old debate in computer science between strong and weak artificial intelligence. Strong AI holds that the brain is a complex network of neurons whose connections and firing rules can ultimately be fully understood and thus it will be possible to build an artificial brain that displays consciousness and intelligence. Weak AI holds that machines are incapable of intelligence but can simulate some intelligent activities very well and can allow us to learn about physical processes by simulating them. AI scientists tend to divide into camps, one firmly believing in "artificial general intelligence" and the other in dumb machines performing effective simulations of cognitive processes. The two camps have become adept at transforming the criticisms of the other side into arguments for their own side. Yet the two interpretations are incompatible. Outsiders who do not know what to make of them do not know which AI machines deserve their trust. Knowing what to trust is important as AI machines move into more and more safety critical situations.

A third example, now quaint and amusing, is the Cold Fusion debate around 1990. It began when two scientists claimed to have discovered a process of running a nuclear fusion reaction at room temperature. If this were true, it would be an astounding discovery that would eventually solve the clean energy problems besetting humanity. Many labs jumped into a frenzy of tests trying to reproduce cold fusion in their own settings. News reports came out weekly, some saying they may have reproduced the effect, others saying they were unable to do so. Science magazine plotted a graph of the confidence in the cold fusion hypothesis week by week since it was advanced. It wiggled up and down for many months. Finally it settled out to zero confidence because no one could consistently demonstrate the effect. The wiggly curve illustrated Latour's idea that hypotheses gain and lose allies depending on the evidence. In this case, the hypothesis died and never became a scientific fact.

Sciences of the Artificial

An old controversy in computer science illustrates the paradox from another angle. In the early years of the field, when just a few computer science departments had been formed at universities, there was an intense debate on whether computer science was really a science. Traditional scientists—physics, biology, chemistry, and others—maintained computer science did not qualify as a science because computations are not natural processes.

In 1967, computing pioneers Allen Newell, Alan Perlis, and Herb Simon argued computer science is the study of phenomena surrounding computers. They argued whenever an interesting phenomenon arises, a science arises to study and understand it. Herb Simon, a Nobel Laureate in economics, went further. He felt so strongly that he wrote a book, The Sciences of the Artificial (1969), laying out many examples of artificial phenomena generating sciences. He argued especially strongly for computer science and economics being accepted as sciences. His argument fell on deaf ears.

A tipping point came 30 years later. In 2001, David Baltimore, a Nobel Laureate in biology, declared that biology is an information science. Baltimore said specifically that gene encodings and DNA transcription are natural information processes. Leaders in other fields started making similar declarations. Since then, the critics of computer science's "scienceness" have melted away. Computer science is now generally accepted as the study of information processes, natural and artificial.

So how could computer science be artificial in 1969 and natural in 2021? Nothing in the nature of computer science changed. What changed was the external interpretation of information processes. Scientists came to see them as not just behaviors of machines, but as natural occurrences.

The more I ponder the claimed distinction between a natural and an artificial process, the less I see a distinction at all. Latour showed us that all scientific fields are systems of interpretation invented by human beings. This means ready-made-science is the artifact produced by the human processes of science-in-the-making. In this sense, all sciences are artificial!

In practical terms, the two faces of science are part of science. Science has a dual nature. We all need to be aware of it and respect it. The chaos of science-in-the-making will evolve either into settled hypotheses or rejected hypotheses.

When outsiders look in at a time of chaos, they will see hypotheses floating around but no general agreement. It will seem that scientists don't agree—and that is exactly right. However, the disagreements do not mean that science is not working. The debates and controversies are essential to settle or reject hypotheses.

The front edge of science—the boundary region between the known and the unknown—seethes with uncertainties. Scientists must be prepared not only to apply wisely what is known, but also to find their way through the fog of uncertainty as they search for what can be known.

Peter J. Denning is Distinguished Professor of computer science at the Naval Postgraduate School in Monterey, California. He is a past president of ACM (1980–82). He received the IEEE Computer Pioneer Award in 2021. His most recent book is Computational Thinking (with Matti Tedre, MIT Press, 2019).

1A draft of this essay was used in part for the column "Science is not Another Opinion" by Peter J. Denning and Jeffrey Johnson in Communications of the ACM 64, 3 (March 2021), 36–38. This essay reprints portions of the column