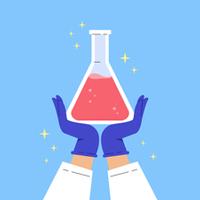 The COVID-19 pandemic has affected millions around the globe. But even despite countless deaths, global lockdowns, political unrest, and economic uncertainty there are many who insist the science behind public health policies, viral transmission research, and vaccine development is not only wrong but is part of a global agenda. So how did we get here, how has science become politicized, and what does it mean to "follow the science?" To answer these questions, Ubiquity's editors have come together to present a comprehensive overview on how science works.

As the COVID crisis unfolded over a long period of many months, the Ubiquity editors frequently discussed a paradox. On the one hand, many polls seem to indicate that people are generally positive about science and its contributions to the betterment of humanity. On the other hand, there were many critics of politicians who claimed to be "science-based" and yet came to policy conclusions more aligned with their ideologies than with science. How can there be so much disagreement over what "science says" at such an important moment of history? The disagreements among politicians who exploited disagreements among scientists were very disconcerting to us. Public doubts about trusting politicians spilled over into doubts about trusting scientists. We decided to speak up about how science works and, in particular, how science deals with disagreement, uncertainty, and chaos. We put together this symposium for you on this topic.

I open the symposium by discussing an inherent characteristic of science, the ever-present tension between "ready-made-science" and "science-in-the-making." Phil Yaffe's three essays explore three questions: Can mankind survive scientific illiteracy? What are the character traits of science? Is the scientific method limited to science? Kemal Delic and Jeff Riley look ahead 30 years and speculate about how the hot field of AI will develop as a science. Sharad Sinha looks at whether engineering is applied science or is a separate partner dancing with science. Andrew Odlyzko and Jeff Johnson look at the vexing question of when we can trust conclusions from science and mathematics when so much depends on trust in the human beings who do complex proofs or evaluate them. Walter Tichy illustrates the oft-heralded aspect of science that previously verified theories may be debunked as new evidence piles up.

We hope you will find this enlightening. We especially hope it will assuage any doubts you have about whether there is any better approach than science to understanding the world.

Peter J. Denning is Distinguished Professor of computer science at the Naval Postgraduate School in Monterey, California. He is a past president of ACM (1980–82). He received the IEEE Computer Pioneer Award in 2021. His most recent book is Computational Thinking (with Matti Tedre, MIT Press, 2019).