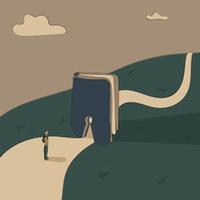 The elements of style
a critical look at a venerable friend

Communication Corner: The elements of style: a critical look at a venerable friend
Philip Yaffe
DOI: 10.1145/3501337

Over the decades, hundreds if not thousands of books have been published on the keys to good writing. However, barely a handful have reached the status of "must reading." Here is one of them.

For more than a century, world-be writers have been directed to The Elements of Style, a slim volume first published in 1918 and still going strong. Over its long history, it has served many beginning writers well. But to my mind, not as well as it might have.

Throughout my more than 40 years as a professional writer, I have always found that if you don't know why you should do something, chances are you won't do it, at least not consistently. The Elements of Style tends to be somewhat prescriptive; it tells you what you should do but does not always give convincing reasons why. So with the benefit of hindsight—and hopefully some insight—I would like to try to put some very much needed meat on these very venerable bones.

It should be noted The Elements of Style is not a book about how to write, but rather how to use the English language, i.e. grammar, punctuation, syntax, etc. Nevertheless, a number of the things it prescribes, when well understood, contribute to making writing clear, concise, and persuasive.

It should also be noted the book does not claim that its prescriptions should be slavishly followed. As it says, "The best writers sometimes disregard the rules of rhetoric. When they do so, however, the reader will usually find in the sentence some compensating merit attained at the cost of the violation."

This observation is crucially important. Whether fiction or non-fiction, writing is a creative enterprise. Creativity implies originality. As a noted painter once admonished, "You have to know the rules in order to know how to creatively break them."

In a series of three or more terms with a single conjunction, use a common after each term including the last.

The modern trend is not to put a comma before the last item of a list. I fight tenaciously against this trend to the point of being criticized for being ungrammatical. Why do I persist in this "old-fashioned" way of doing things? Because it enhances readability.

If you are making a bullet point list, you naturally put the last two items on separate lines because it would be absurd to put them together on the same line (4, 5; not 4 and 5). The identical logic applies to a list within a paragraph.

More importantly, not putting a comma before the last item can cause ambiguity.

Suppose the list ends with "bacon and eggs," "bed and breakfast;" "vitamins and minerals," or other combinations that could be considered separately or as a unit. If you consistently put a comma before the last item, your reader will have no doubt whether you mean the items separately (bacon, and eggs) or as a unit (bacon and eggs).

Granted, the meaning can usually be divined from the context. However it is still likely to cause a momentary hesitation. Any hesitation, even for a nanosecond, is detrimental to reader attention and comprehension.

Set off appositions and non-restrictive clauses by commas.

Failure to do this is an error I frequently see, and there is no modern trend to justify it. An apposition is a set of words that add some meaning to a sentence but could easily be removed. A comma before and after the apposition tells the reader that these words are not crucial. Not closing the apposition, i.e. failing to put a common at both the beginning and end of it, leaves the reader in some doubt.

Place a comma before "and," "but," "so," etc. when they introduce an independent clause.

It can be argued that in each example, both sentences have the same information, so there is no likelihood of misunderstanding. This is true. However, good writing is not just a matter of conveying information. Often, it must convey drama and emotion as well.

Reread the two examples and see how the version with the comma before the independent cause adds a bit of drama or emotion lacking in the sentence without the comma.

As a rule, begin each paragraph with a topic sentence; end it in conformity with the beginning

The paragraph is the basic structural unit of a text. The way paragraphs are structured should help the reader better understand what the writer is trying to say. The Elements of Style prescribes building a paragraph as follows:

This paragraph structure seems rigid; it in fact makes each paragraph look like a mini essay. I think few good writers actually do this, particularly those whose text will be printed in columns such as in a newspaper or magazine.

You may have noticed many of the paragraphs in this article are quite short, even only one sentence. I am certain that you never learned paragraphing like this in school and would have been marked down if you had tried it.

Some writers who use "ungrammatically" short paragraphs claim they help maintain reader interest because readers dislike large blocks of text. This is true. However, there is an even better reason for using them. Short paragraphs help to dramatize certain key ideas, thereby enhancing clarity.

This section gives an extreme example. Imagine if the one-word paragraph "Why?" above had been attached to the preceding paragraph. The meaning would be the same. But would it have the same impact?

Use the active voice

This bit of advice is one of my bêtes noires (black beasts) because most inexperienced writers who try to follow it go way beyond the pale. It is not really their fault, because many lists of do's and don'ts about writing will say "use the active voice" and leave it at that.

I used to believe The Elements of Style was the source of this nonsensical fiat—until I re-read it.

To be clear, what is the difference between the active and passive voice?

Both are legitimate objectives, so both structures have a role to play in any good piece of writing.

The operative word is "usually." As The Elements of Style notes, "This rule does not, of course, mean that the writer should entirely discard the passive voice, which is frequently convenient and sometimes necessary."

Some forms of writing, notably research reports, are usually better received if data are reported in passive voice, while the conclusions based on the data are reported in active voice. Why? Because most readers want to examine the data dispassionately, without being prematurely influenced by the conclusions, especially if the conclusions are controversial. In other words, their mindset is: First tell them about your research (passive voice), then tell them what you think it means (active voice).

Moreover, habitually using the active voice can give a text a sense of coercion, if not demagoguery. If you are trying to make a point, constantly hammering away at it is likely to repel more readers than it attracts because it comes across as hectoring. A judicious mixture of active and passive voice is much more effective.

The word "not" is perhaps the weakest form of negation and generally should be avoided when there are stronger equivalents, such as "not honest" and "dishonest," "not important" and "unimportant," "not remember" and "forget," "not have confidence in" and "distrust."

But once again, this is advice, not a rule. "Not" and other negations (seldom, rarely, never, etc.) should be used where appropriate and avoided where inappropriate. It is the writer who must make this decision, not by negligence, but in full knowledge of why they are doing so.

The Elements of Style and virtually every other book or treatise on good writing make this admonition. Have you ever wondered why?

The real reason for omitting unnecessary words is not only because they are unnecessary. Worse, they are detrimental. Nothing in a text is neutral; if it doesn't add, it subtracts, i.e. makes the text less clear. Therefore, a lot of words that serve no real purpose do real harm.

We should not be too rigorous about this. A few extra words here and there will be of little consequence; however, a plethora of them will be seriously damaging. This is why you should pay attention to and master the lists of shorter equivalents so often found in essays on good writing.

The Elements of Style does not actually have a section on this subject, but it does have a lot of useful things to say about it.

It is a common misconception to believe "conciseness," which is a virtue, is equivalent to "short," which isn't. According to the book: "A common violation of conciseness is the presentation of a single complex idea, step by step, in a series of sentences which might to advantage be combined into one."

Version A
Macbeth was very ambitious. This led him to wish to become king of Scotland. The witches told him that this wish of his would come true. The King of Scotland at this time was Duncan. Encouraged by his wife, Macbeth murdered Duncan. He was thus able to succeed Duncan as king.

Version B
Encouraged by his wife, Macbeth achieved his ambition and realized the prediction of the witches by murdering Duncan and becoming King of Scotland in his place.

The difference is astounding. Combining everything into a single sentence makes the plot of Macbeth both considerably clearer and considerably more memorable. And in this case, considerably shorter. Version A contains 51 words, Version B only 26.

The proper definition of conciseness can be put into a quasi-mathematical formula. In order to be concise, your text must be as:

What is meant by "long as necessary?" It means everything that ought to be there is there. Many people make the mistake of saying that a certain subject should be covered in X number of words. This decision is usually arbitrary. If X number of words is insufficient to properly cover the subject, then you might as well write nothing at all.

Why "short as possible?" Not because people are disinclined to read long sentences and long texts (remember "long" and "short" are weasel words). But for the much more important reason that unnecessary words damage clarity, the sine qua non (the absolute essential) of any well-written text.

It is not my intention here to review the entire book, which would take an entire book by itself. The Elements of Style is extremely short, but not always concise, i.e. it doesn't always say as much as it needs to say. If you haven't read it, you should. I hope this brief analysis of its content will help you get much more out of it than might have otherwise been the case.