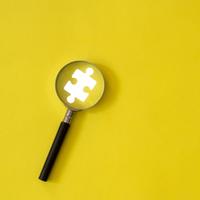 What can a bumbling, inarticulate Los Angeles cop teach us about effective communication?

Creative (fiction) writers have an advantage over expository (non-fiction) writers. Fiction is designed to amuse and entertain, which most people look forward to. Exposition is designed to instruct and inform, which most people do not look forward to. "Columbo," the perennially popular TV series (re-runs are still being shown around the world), demonstrates how this inherent handicap can be overcome.

Decade after decade, perhaps the most popular type of television program has been the detective story, the traditional "who dun it?," presumably because people enjoy being held in suspense. It is therefore instructive to note that one of the most popular TV detective shows of all time has no suspense to it whatsoever.

Remember "Columbo?" Reversing the conventional format, this show tells us exactly "who dun it" within the first five to 10 minutes. The remainder of the program then invites us to accompany the disheveled, seemingly bumbling Los Angeles cop (played by Peter Falk) as he exposes the murderer's errors bit by bit until the culprit has no option but to confess.

If people love being held in suspense, why has this decidedly un-suspenseful series been so unfailingly successful? Because people also love clarity. If they are going to be led on a journey, they want to know where they are going and why they are going there before they set off.

You are probably now wondering, "Where is all this TV nostalgia leading me?"—quite simply, to a crucially important principle about writing and public speaking.

"Creative" writers, i.e. those who produce short stories, novels, television scripts, film scripts, and other forms of entertainment have a choice. They can be mysterious at the beginning, revealing all only at the end (the conventional approach). Or, like Columbo, they can reveal all at the beginning and then delineate the process that leads to the denouement.

"Expository" writers, i.e. those of us who produce memos, reports, proposals, newsletters, textbooks, training manuals, brochures, etc., don't have this choice. Unless we tell our readers or listeners exactly where we are taking them and why they should want to go there, they are unlikely to come along.

This is because fiction and non-fiction serve two very different purposes.

By simplest definition, the fundamental purpose of creative (fiction) writing is to amuse and entertain. In other words, people come to a work of fiction expecting to be drawn in and are willing to help you in the task. After all, who doesn't want to be amused and entertained?

This is the conventional "who dun it" approach.

The fundamental purpose of expository (non-fiction) writing is to inform and instruct. Most people don't relish being informed and instructed. In general, they would prefer to be doing something else. If you want them to follow where you lead, you must make it worth their while from the very beginning. In short, you must be certain they know almost instantaneously where you wish to lead them and what benefit they might get from coming along.

This is the Columbo approach.

In practice, this means before you type a single word, you need to answer a fundamental question: "Why the hell would anyone want to read what I am going to write, or listen to what I am going to say?" If you can't give at least one or more good answers to this question, you have no business striking a key.

But caution. Don't fall into the trap of saying, "Well, they should want to read this or listen to this because it's important to them." This is viewing the world from your point of view, not theirs.

This crucial point is perhaps best expressed in what I immodestly call Yaffe's Law.

Put more bluntly, you must always answer the question every good writer or presenter should ask themselves before typing the first word of a text: "Why the hell would anyone want to read what I am going to write or listen to what I am going to say?" Or from the audience's point of view: "What's in it for me?"

If you can't answer this question, then you might as well shut down the computer and go back to sleep because anything you produce will be largely wasted time.

Answering this question is seldom easy; in fact, it is often very difficult. However, unless you make the effort, you can hardly expect your audience to it for you. Here is an example to make the truth of Yaffe's Law more concrete.

A piece of electronic equipment installed in automobiles could allow insurance companies to monitor the driving behavior of their customers.

Each time a motorist uses the car, the device will record the roads being traveled and the time of the journey, and send the information via satellite to the insurance company. With this data, the company will be able to calculate the insurance premium for each individual journey based on the relative risk of crashes on different roads at different times of the day. The motorist will receive a monthly or quarterly "usage statement," similar to a telephone bill, itemizing the insurance cost for each use of the car.

By agreeing to the system, motorists could save hundreds of dollars on their automobile insurance.

Because of the lower risk of crashes, trips on superhighways will cost less per kilometer than on city roads and…

Motorists could save hundreds of dollars on their automobile insurance by allowing their driving habits to be monitored by a satellite-tracking device installed in the vehicle.

Each time a motorist uses his car, the device will record the roads being traveled and the time of the journey, and send the information to the insurance company. The company will then calculate the insurance premium based on an assessment of the relative risk of crashes on different roads at different times of the day. Motorists will receive a monthly or quarterly "usage statement;" similar to a telephone bill, giving the insurance cost for each journey.

Because of the lower risk of crashes, trips on superhighways will cost less per kilometer than on city roads and…

Simply moving the fourth paragraph of the original text to the first paragraph of the revision changes everything. Who wouldn't want to know how to save hundreds of dollars on their automobile insurance?

As you may have guessed, this example is taken from a newspaper. This is typical of how good journalists write, it is typically how people want to read. But does the same technique apply outside of newspapers, and in particular in the type of writing you do?

Indeed it does. Because whatever kind of text, people still typically want to get the information in the same way:

When you read documents, isn't this how you would want them structured? Then this is how you should write them yourself.