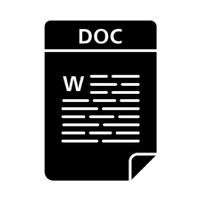 How to get the most from your word processor

The personal computer has revolutionized how we work, and that's all because of software development. One of the most important of which is word processing. Since the 1970s word processing has created efficiencies in writing and editing. This article explains how word processors can make you a better thinker.

At every opportunity, this series of Communication Corner essays has emphasized that good writing and good speaking derive from good thinking. Mathematician-philosopher Bertrand Russell once observed: "Most people would rather die than think; in fact, they do so." This is perhaps an overstatement. However, it is clear: What you achieve in writing with good thinking will be far superior to what you achieve without it.

Emphasizing how you should think about writing and speaking in no way precludes benefiting from modern technology. The computer and its word processing programs are amazing inventions. The benefits you can get from your computer fall into two categories:

I recall when word processors first became popular. It was not all that long ago, but it already seems forever. I also recall that I wasn't impressed, because for me the marketing efforts were off target.

Everything I heard seemed to be saying: "Use a word processor; you can produce more pages in less time." I was working on an electric typewriter (already a major advance over the manual typewriter). I was concerned about quality, not quantity. After all, good writing and speaking require thinking, and thinking takes time. The last thing I needed was to produce more pages in less time.

It was only when my employer introduced computers and liquidated all typewriters that I discovered something the marketing was not saying. Word processors help you think!

I had always strongly believed in what I call "copy experiments." Whenever I finished writing a text, I would look at it to see if it might have been developed differently. Although I often saw other possibilities, I was seldom able to retype everything to compare the two (or sometimes three) alternative versions.

With a word processor, this is no longer a problem. You simply copy the first document into a separate file, then cut, paste, revise, and reformat. When you finish, you print out all the versions and choose the best one. Copy experiments take only a few minutes, but they can significantly boost the quality of your writing.

Word processors are designed to ruthlessly find and point out certain types of errors. However, while they can make life easier, they are far from perfect. So competent, conscientious manual proofreading is still required.

Given the word processor's speed and accuracy, today there is virtually no excuse for misspelled words. They will almost instantly find and display any words that do not conform to their internal dictionary. They can also be programmed to automatically correct commonly misspelled words without even telling you about it. Example: amde = made; actualy = actually; beginining = beginning; chekc = check; circut = circuit; eth = the, etc.

However, you can't rely on them blindly. In English (and many other languages), words with the same sound can have several different spellings, e.g. here/hear; there/their; see/sea; and cite/site/sight. Because the word processor cannot always distinguish between them, when it finds such a word, it will highlight it with the alternatives and ask you which one you mean. You must make the right choice.

But caution. The word processor will not highlight all such cases; there are just too many of them. In fact, it may highlight only a handful of the most common ones. So competent, conscientious manual proofreading cannot be ignored.

Word processors can also be used to check grammar. Although they will catch most grammar errors, they will not necessarily catch all of them. Also, a good writer will sometimes purposely violate a grammar rule for purposes of clarity and impact. Therefore, if the word processor signals a grammatical error, don't blindly accept its judgment. Use your own judgment.

However, writers are human. We tend to fall into bad habits and may unwittingly employ words that serve no real purpose. Use the "search" function of the word processor to find and delete the most common of these.

Many writers, for example, overuse "very." This is a weasel word, i.e. it seldom adds anything to the text—and therefore subtracts from it. Search your text for "very." If it is truly needed, keep it; otherwise, delete it. Often you can replace it with a much more descriptive word.

"In order to" is a weasel phrase. In some cases it may add emphasis to what you are saying. But in most cases it doesn't, so replace it by a simple "to."

Verbs are generally more illustrative than nouns. Look for nouns that can be turned into verbs. In particular, search for words ending in "-ance," "-age," and "-ment."

Here is another comparison:

Negative statements are not taboo; however, they are generally stronger and clearer as positives. Search for "no" and "not" to decide if sentences containing them could be better formulated.

Non-professional writers and speakers often fail to choose the right word; instead they use two or three words where one would do much better. This is frequently seen in adverb-adjective combinations.

It is also worth hunting down and destroying exclamation marks (!). These can be very useful in creative (fiction) writing. However, they are almost always useless in expository (non-fiction) writing.

The conjunction "and" is like an equal sign, indicating that the two ideas it connects have essentially the same weight. However, often they don't; one idea is more important than the other. Search out "and" to make this relationship explicit.

You are probably saying to yourself "and" is such a common word that you have to spend an inordinate amount of time first to find them all, then to determine which ones need to be corrected. And you would be right. However, if you have never done this before, it would be well worth your while to do the exercise at least once or twice to sensitize yourself to the problem. From then on, as you are preparing each new text, you will probably find yourself automatically examining each "and" for this flaw and correcting it directly as you write. The boost to the quality of what you write will be substantial.