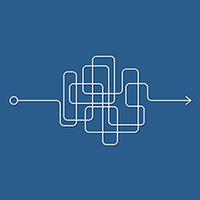 If you say something the audience doesn't understand, you will lose some (if not all) of their attention—especially when discussing complex subjects. Limiting the assumptions you make about your readers' level of understanding is a key element to good writing.

Some people have experiences early in life that seem to have nothing to do with their intended careers but later turn out to be crucial. I am one of those lucky people.

I graduated from UCLA (University of California at Los Angeles) in 1965 with a degree in mathematics and no intention of becoming a professional expository (non-fiction) writer. Immediately after graduating, I spent two years as a math and physics teacher in Tanzania, East Africa. After being stationed several months in a mud-hut village, I was posted to a rather more developed location with electricity, running water, and other modern conveniences.

A colleague of mine still in the bush had an excellent idea. Since most people in rural villages hardly ever left their villages, he thought it would be useful to take one of his brightest students on a tour of the country to get a feeling for what this new, developing nation was all about. The first stop was my place.

I asked the boy (he was 14 years old) what he really wanted to do while he was in my house. "I want to take a hot running shower," he replied. This, of course, was not just a luxury in his home village, it was not even a possibility. A shower there meant filling a jerrycan with water, heating it on an open fire, then pouring it over your head.

We had some friends nearby we wanted to visit. I took the boy into the bathroom and meticulously showed him how to regulate the butane tank (no central heating in my house), how to adjust the temperature and water flow, how to position the showerhead, etc. "Now, when you are finished, I want you to turn everything off and go to bed," I said. We then set off down the road.

About a half-hour later, I thought it a good idea to come back and check up on him. I went into the bathroom and I was pleased to see that he had correctly turned off both the water and the butane tank exactly as I had shown him. The light was still on in his room, so I went over to say goodnight. When I opened the door, I saw him lying on the bed with his hands over his eyes trying to sleep.

Then it hit me. I had shown him everything except the most obvious—how to turn off the light!

He of course knew about electric lights, theoretically, but had never actually seen one. His experience was with kerosene lanterns, which you turn off by blowing out the flame. If you have never actually used an electric light, there is no obvious connection between that button on the wall and that brilliant bulb on the ceiling.

I had a number of such experiences in Tanzania, none of which had anything to do with lack of intelligence. Because of fierce competition to get into school in the first place (the country did not have many schools), these students were not just intelligent, they were the cream of the crop.

Someone once said: "Nothing is so simple that it cannot be misunderstood." I have always tried to live by this maxim, with my experiences in Tanzania as a constant reminder to simplify to the extreme.

But the objection can be raised: "Isn't aiming at the lowest common denominator patronizing?"

Yes it is, but mainly in the mind of the writer or speaker, not the reader or listener. The fact is, no matter how hard you try, you can never be certain what each individual person knows and doesn't know about your topic. What you can be certain about is that if you say something they don't understand, you will lose some (if not all) of their attention. This is especially true of science subjects.

It is of course necessary to make some assumptions about your readers' level of understanding. However, you should make as few as possible. Those readers who are already knowledgeable about what a particular section of your text is saying will either skip it or appreciate the reminder. Those who are less knowledgeable will be grateful for your clear explanation.

Throughout my 40-year career as a professional writer, I have produced news releases, sales brochures, speeches, instruction manuals, science articles, training manuals, etc. I can recall no occasion where someone complained that my text was "too simple." However, I distinctly recall several occasions where someone said, "I thought this subject would be extremely difficult, but I understood everything you wrote. How did you do it?"

Now you know. It was by aiming for the lowest common denominator—and then some.