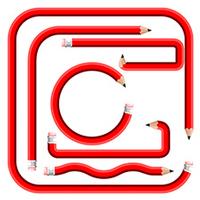 Good writing is not easy, but these 12 tips and techniques makes things easier.

The first several "Communication Corner essays" (1–8) extensively covered the fundamental principles of effective expository writing (and by extension effective speaking). We can now take a close-up look at some specific tips and techniques. However, these specific tips and techniques can be successfully applied only if the fundamental principles of expository (non-fiction) writing and speaking are kept uppermost in mind. Otherwise, as they say in French, your efforts to write well and speak well will be like "putting a cast on a wooden leg" (mettre un plâtre sur une jambe de bois).

It is a good idea to consciously review these fundamental principles when actually inputting at the keyboard, i.e. regularly ask yourself "Why do I want to do what I am about to do?" Or "Why did I do what I just did?" To help focus your mind, here are the principles of expository writing in a nutshell.

1. Fog Factors
Unnecessary words in a text cause fog (reduced clarity). Eliminate them.

Remember: Nothing in a text is neutral. Whatever doesn't add to the text, subtracts from it.

2. Sentence Length
Contrary to popular belief, a logically constructed long sentence can be easier to understand than several shorter ones. ("Long" and "short" are weasel words, because what is long in one situation is short in another.)

3. Placement for Emphasis
Words at the beginning and at the end of a sentence have stronger emphasis than those in the middle. These are known as "hot spots." Put key information into these hot spots to aid reader understanding. Here are two examples of how to improve placement.

While hot spots exist in English, they may not exist in certain other languages or are differently located in a sentence. If you are not writing in English, check to see if your language also has hot spots. If yes, then fully exploit them on all possible occasions. If not, check to see if the language contains some other feature that could be used like hot spots. Since emphasis is fundamental to communication, chances are good that it does.

4. Separation for Emphasis
Separate a key idea from a longer sentence for dramatic impact.

Separation can also be used with paragraphs, which may lead to single-sentence paragraphs. Although more acceptable today than in the recent past, some grammarians and conventional writers would still say that single-sentence paragraphs violate some kind of grammatical "rule." However, professional writers increasingly ignore this so-called rule when doing so boosts clarity; dramatic effect and clarity often go hand-in-hand.

You have already seen many examples of paragraph separation throughout the Communication Corner series. Here are two of them.

5. Parentheses and Dashes for Emphasis
Use parentheses (these are parentheses) to incorporate explanatory or secondary information into a sentence.

Use dashes — these are dashes — to highlight exceptionally important information within a sentence.

6. Repetition for Clarity
Don't be afraid to repeat a word for clarity and emphasis. Continually changing terminology causes hesitation and reduces clarity.

If you wish to use more than one term to mean the same thing, be certain that you clearly inform the reader.

7. Avoid Using the Conjunction "and"
The conjunction "and" is like an equal sign, indicating that the two ideas it connects have essentially the same weight. However, often they don't; one idea is more important than the other. Make this relationship explicit; don't expect the reader to do it.

8. Active versus Passive Verb Forms
Use active verb forms rather than passive ones to create a sense of immediacy.

"Just gone through" is active because "to go" is an action. The active verb strongly confirms that the difficult period is now over.

"Just been in" is passive because "to be" is a state or condition. The passive verb less strongly confirms that the difficult period is now over.

Make bullet points and numbered lists "clean." The purpose of bullet points is to make thoughts and information stand out. So why go against the current by not capitalizing the first letter of each point?

Note that in addition to capitalizing each bullet point, Version B also eliminates the semicolons and the period. What logic is there for putting in commas, semicolons, and periods? The fact that the next line is a new bullet point, i.e. clearly a new thought, makes such punctuation unnecessary, and therefore distracting.

"It" is a limp term. Using it at the beginning of each bullet point diminishes the impact and understanding we want such a list to achieve. Using it only once in the introduction to the list does a much better job.

Since each bullet point now takes the form of a phrase rather than a complete sentence, we can eliminate the periods at the end, which now serve no real purpose.

11. How to Display Data
Display data directly next to their reference. Data displayed "respectively" requires the reader to stop and confirm the correct order.

12. Writing and Re-writing
The first draft and the revised draft are two distinctly different phases of good writing. Do them separately; do not try to do both at the same time.

Leave a few hours (or days) between the first draft and the revised draft. During this so-called "incubation period," your subconscious mind will continue thinking about the text while your conscious mind is focused somewhere else. When you do work on the revised draft, you will be more efficient. You will produce a much better text in much less time than if you try to do the two phases simultaneously or one immediately after the other.

Good writing is not easy…
but it gets easier.

In the previous installment (CC17), I showed you an extremely simple trick that baffles many people who believe they know something about mathematics. I said as a computer scientist or programmer, you should be better than others at figuring out how this trick works. Why? Most people know we use a number system based on powers of 10, but don't really understand what this means, largely because they never work in any other bases. You do—the base two. Given this practical exposure to another base, you are probably more attuned to unraveling this mystery than people who have not had this exposure.

I didn't show the trick because it is an apparent demonstration that it is possible to read minds via the internet. Instead, I gave you the URL.

As a reminder, you are asked to:

Find the symbol in the provided chart that corresponds to this result.

Concentrate on the symbol in your mind for a few seconds. Then click on the magic square, and the symbol you are concentrating on will appear.

In other words, no matter what two-digit number you choose, when you do the calculation, the result will always be a multiple of nine. Look at the chart and you will see that all multiples of nine are associated with the same symbol. So no matter what number you choose, after the prescribed calculation, the associated symbol will always be the same.

Here is another number base trick.

The participant shuffles an ordinary deck of 52 cards to be certain they are well mixed. He then chooses 27 cards at random and gives you them to you. Put aside the remaining cards; they won't be needed.

You then deal out the 27 cards face up into three columns. You do this by first putting down one card at the left, one in the middle, one at the right, then starting over again—left, middle, right—until all 27 cards are in three columns on the table.

You then say, "Think of any one of the cards. Don't tell me what it is, but fix it firmly in your mind. Do you have your card fixed firmly in mind? Good. Now which column is it in?" The participant tells you. You pick up the cards and do the same thing again, i.e. deal out three columns left to right face up. Then ask the participant, "Which column is your card in now?" He tells you. You do the procedure a third time, i.e. deal out three columns, ask the participant in which column his card is located, then pick up the cards.

Now say, "What was the number between 1 and 27 you chose at the beginning?" He answers: eight. From your hand, you deal out seven cards face down. You then deal out the eighth card face up. "Is this the card you chose?" It is the King of Hearts, indeed the card he chose. And there is amazement all around.

I won't describe how the trick works. Some things are better explained visually than verbally. For the explanation, please go to YouTube.

HOMEWORK: Retrospective to Communication Corner No. 17

There is no retrospective to CC17.

The following is the transcript of a presentation made to an international business group in Brussels (Belgium). It was amply supported by a series of well-constructed slides, so it is interesting to see how well it would have stood up as a naked presentation, i.e. without visual support. The numbers in parentheses refer to the Analysis at the end of the text.

How to Do This Exercise

This is because many practitioners still believe that marketing communication such as advertising and press relations is more of an art than a science. You need to "feel" advertising and press relations. It is true that certain people are more sensitive than others, and therefore probably do a better job. However, they are mistaken in the belief that "feel" is the principal factor for success (5).

Marketing communication is a science (6). I would like to investigate some of the key principles of this science, with some examples to make them clear (7).

These are not my principles (8). I'm not going to tell you what seems to have worked for me and suggest you do the same thing. These principles are based on and confirmed by solid scientific research. And they are all contained in a very readable book that I strongly recommend anyone interested in effective marketing communication should read. Its title is Tested Advertising Methods by John Caples. It is called Tested Advertising Methods (9) because over a 50-year period, Mr. Caples actually ran scientific experiments to find out what really works and what doesn't. Some of his findings are very surprising and are directly contrary to what most people believe (10).