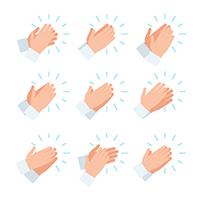 How to avoid death by powerpoint
Steve Jobs' secret weapon

Bite the bullet and learn how to organize your presentation slides to get the greatest effect.

Note: This installment of "Communication Corner" is an update to "Resurrecting the Bullet Point: the Return of an Old and Valued Friend" from April 2011.

The next time you are asked to do a presentation, don't. The word "presentation" implies a one-way communication; you talk, they listen. To be truly effective, what you really want is a conversation. True, you may be doing most of the talking, but unless your audience is mentally engaged with you, you are going to be considerably less effective than you might be.

I heartily disagree. And so did Steve Jobs (1955-2011). Co-founder and head of Apple Inc., Jobs was famous for giving legendary presentations without bullet points—and is still cited as a paragon of "pointless" clarity. However, there are three things wrong with the notion that bullet points are dead.

But first things first, just what are these things called bullet points? And why do they cause so much polemic?

Bullet points are nothing but terse, telegraphic phrases that encapsulate an idea, usually without trying to explain it. By analogy, they are like chapter headings in a book. They give a glimpse of what the chapter is all about without trying to substitute for it. The chapter is still there to be read; the heading only whets your appetite to do so.

How could such an outstandingly useful tool be considered dead or deserving to be dead? Quite simply, because many presenters seem to have forgotten—or never knew—their true purpose.

This is only common sense, which in recent years seems to have become decidedly uncommon.

Thirty years ago, in the Dark Ages when people still used overhead transparencies, introducing bullet points one by one was standard practice. Although all the bullet points were written on a single transparency, the astute presenter would cover them with a sheet of paper, revealing them one at a time as needed.

It is quite easy to do the same thing with PowerPoint and other computer-generated slide programs, yet many presenters fail to do so. Putting the full list of bullet points on the screen in one fell swoop is like publishing a book with only a table of contents but failing to put headings on each individual chapter. It makes no sense.

But Steve Jobs didn't introduce bullet points one by one, did he? Well, yes and no.

First of all, people who claim Mr. Jobs didn't use bullet points at all are off-target. He used them all the time. However, there is no requirement that a bullet point look like a bullet point, i.e. begin with a bullet symbol (point, star, arrowhead, etc.) followed by text. Mr. Jobs frequently showed only a single phrase on the screen with nothing else there, or as a single phrase associated to a relevant image. When he did show a list, he introduced the points sequentially, commenting on each one before revealing the next one. The process is so smooth that people don't even realize that they are looking at bullet points. Whether they are recognized or not, the important thing is that they have the desired effect.

If all this sounds somewhat theoretical, let's make it more concrete. Example A below is typical of slides seen in all too many presentations. It commits two cardinal sins. It uses full sentences rather than terse phrases, and it shows all the bullet points at the same time. Example B does the job well.

Because the text in Example A is painfully long, the astute speaker has no option but to remain silent while the audience is reading. Numerous surveys have shown that the speaker reading a long text aloud sends the audience's annoyance level right off the scale.

Because the text in Example B is admirably short, the speaker can read or paraphrase it along with the audience. For example, he could say: "You should use telegraphic style to minimize how much text the audience must read before re-focusing their attention on you, the speaker, for elaboration."

By emphasizing the key aspects of the text through tone, vocal variety, and perhaps even body language, the speaker is unlikely to provoke the same degree of annoyance as with the long text. On the contrary, the audience is likely to appreciate his effort rather than reprove it.

But a word of caution: the objective is to minimize the text, not to eviscerate it. Example C shows a really brief version of Example B, to the point of being abrupt. The argument is that you want people to read the text along with the speaker to whet their appetite for what the speaker will say about it. This is a two-step process. First, focus audience's attention on the screen; second, refocus it on the speaker.

However, we are only halfway there. For the best benefit, the text should be introduced sequentially, not all at once.

Producing six slides was of course considerably more expensive than producing only one. But it was also considerably more effective. You should use the same technique with computer-generated slides. It is exceedingly easy and there is no additional cost. For example:

Introducing text sequentially rather than instantaneously makes reading or paraphrasing the slide to the audience even easier—and increases the effect.

At no time is the audience's attention split between reading and listening.

Moreover, at no time is the speaker standing mute while the audience is reading, as if his presence didn't matter.

Let's look at a real example of this approach and technique. Here is a build-up slide I use in my writing and public speaking workshops, with the commentary I use as each bit of the slide appears on the screen.

If arguing that the speaker should read or paraphrase slide text aloud sounds heretical, it is probably because you have never seen it done properly. However, when it is done properly, it is an extremely valuable tool.

You don't have to take my word for it. Watch Steve Jobs. In his highly lauded presentations, virtually every time text appeared on the screen, he read it aloud; using both his voice and body language to give it full meaning. And most of the time, the text appeared on a blank screen without a visual. Why? Because an irrelevant visual is just that—irrelevant—and therefore distracting.

No wonder Mr. Jobs was such a popular presenter. He gave the audience precisely what they wanted—full information—precisely the way they wanted it—in carefully crafted, easily digestible nuggets. You can find an excellent example of Mr. Jobs in action delivering a keynote address at Macworld 2007.

To summarize, here is how to get the most from your slides:

The next time you think about doing a "slide presentation," stop and think again. Never let what is going on behind you upstage you. Remember, your presentation should be a dialogue with your audience, not a one-way information dump. So if you ever feel that what you are showing is becoming more important than what you are saying, delete the slides, tear up your speech, and start over again.

This takes courage. But both you and your audience will be better off for it.

Writing and speaking clearly and concisely is a leitmotiv of the "Communication Corner." Earlier in the series, I put myself to the test by writing instructions for two self-working card tricks and an algebraic "proof" that 2 = 1 without supporting diagrams or photos. In the words of Robert Louis Stevenson, author of Kidnapped, Treasure Island, and The Strange Case of Dr. Jekyll and Mr. Hyde:

"Don't write merely to be understood. Write so that you cannot possibly be misunderstood."

If you can achieve this, you can write anything—and say anything in a speech to the plaudits of you audience.

Here is a card trick so simple that it is difficult to imagine most people wouldn't immediately figure it out. However, as virtually every magician will explain, most tricks to some extent depend on distraction and misdirection. This trick almost totally depends on these elements. In particular, it depends on the story you tell.

"A psychologist friend recently told me that when someone is trying to conceal important information, you can often tell by a subtle change in their voice. I am going to use an ordinary deck of playing cards to see if my psychologist friend's technique really works. I'm still novice at this, so if you don't mind I am first going to remove all the jacks, kings, and queens from the deck."

Remove all the jacks, kings, and queens. Hand the deck to the participant and ask him to shuffle the cards as much as he wants. Then, while your back is turned, ask him to pick any card he wants, memorize it, and put it on top of the deck. You turn around and say:

You turn your back and the participant does as instructed. You then turn around and take the deck in your hand.

"Now I am going to deal out the cards face up one by one. Each time I deal out a card, I want you to say its value and suit aloud. There should be a subtle difference in your voice when we get to your chosen card. I'm going to see if I can detect it."

If you haven't figured it out, in the next installment I will show you how it is done.

HOMEWORK: Retrospective to Communication Corner No. 14

You were given a number of criteria for designing effective slides. You were asked to:

If you have faithfully done this, you should now be firmly convinced that properly designed slides advance a presentation while poorly designed slides hinder it. So any extra time needed to produce good slides is time well spent.

Do the same two exercises you did for Communication Corner No. 14, adding the additional principles and advice offered in this essay.

Philip Yaffe was born in Boston, Massachusetts, in 1942 and grew up in Los Angeles, where he graduated from the University of California with a degree in mathematics and physics. In his senior year, he was also editor-in-chief of the Daily Bruin, UCLA's daily student newspaper. He has more than 40 years of experience in journalism and international marketing communication. At various points in his career, he has been a teacher of journalism, a reporter/feature writer with The Wall Street Journal, an account executive with a major international press relations agency, European marketing communication director with two major international companies, and a founding partner of a specialized marketing communication agency in Brussels, Belgium, where he has lived since 1974. He is the author of more than 20 books, which can be found easily in Amazon Kindle.