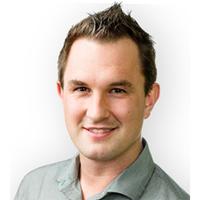 An interview with Jason Ernst
incentives of a decentralized networking infrastructure

In this series of interviews with innovation leaders, Ubiquity Associate Editor and software engineer, Dr. Bushra Anjum, sits down with Jason Ernst, CTO of RightMesh, to discuss how his company is using mobile mesh networks to decentralize existing network infrastructure in areas where it doesn't exist or is too expensive to maintain–effectively putting the control of data in the hands of the people.

Jason has a Ph.D. and M.Sc. in wireless mesh networks. Toward the end of his Ph.D. he founded a robotics startup, which aimed to enable swarm robotics with a hardware/software platform including mesh networking to make it easy to share sensor and control between robots. He is currently the CTO of RightMesh in Vancouver, Canada, which uses mobile mesh networks, cryptocurrency, and delay tolerant networks on mobile phones to replace or augment infrastructure in places where it doesn't exist or is too expensive.

The future of computing will become more and more decentralized. Control and the value of data will be put back in the hands of the people.

Bushra Anjum (BA): What is your big concern about the future of computing to which you are dedicating yourself?

Jason Ernst (JE): My work is dedicated to making decentralized networks a reality. There are roughly four billion people who are still unconnected to the internet worldwide. This is due to factors such as cost and lack of infrastructure. Many of the people who are connected have slow connections on an overloaded infrastructure. Most apps and services are designed to assume fast, cheap, and centralized infrastructure is available. This assumption allows developers to abstract server maintenance, content distribution, and replication to cloud service providers. It has also led to the creation of "free" services where people exchange their private data for access. It has led to vulnerabilities where data may be compromised by data breaches in these central stores. It has made the apps and services susceptible to man-in-the-middle interception by malicious parties. It has also led to manipulations of elections based on the troves of personal data collected from people.

The type of network decentralization I am working on redefines connectivity to be more local by default. By using mobile mesh networks on phones, devices within a neighborhood or small village can exchange data with one another without even using the internet at all. This is accomplished with Wi-Fi, Wi-Fi direct, and Bluetooth, along with protocols written in user-space to stitch together these separate networks. While some chips present in phones may allow this to occur in emergencies, there are none, which allow it for everyday use. Our aim is to provide this capability without rooting the device and without pairing. If one of these phones does happen to have internet, it is possible for that phone to share its data into the local mesh so it may be linked with other small meshes around the world. There have been efforts toward these types of networks in the past; however, they have often failed since there has been no incentive for those who have internet access to share their internet access into the network (either via an existing cellular connection, or by another Wi-Fi network in their home, office, campus or coffee shops).

People who share their data may be incentivized to share their data by setting the price. This could be done in traditional centralized methods; however, I am interested in doing so currently with cryptocurrency tokens, which is a decentralized form of payment. Users of this technology do not need to trust a central entity at any point. Effectively, this allows every user to become a decentralized internet service provider (ISP), instead of the organizationally centralized ISPs we are used to. Users who consume data in this network no longer require a SIM card, and effectively have a plan, which can dynamically switch to the cheapest and fastest ISP available at a given point in time. This will also enable all existing cryptocurrency to operate beyond the 1-hop connectivity to the internet that is required currently. It has the potential to bring cryptocurrency to people who typically have no other internet access.

BA: How did you become interested in decentralization, and in particular decentralized networks?

JE: During my M.Sc. and Ph.D., my advisor, Prof. Mieso Denko told me stories about Africa (where he was born) about how people accessed email in the early days through mobile vans, which had some networking equipment in them. The cities had internet access in them, but the rural villages did not. When the vans left the cities and stopped in towns, people would forward their emails into the vans, which would then drive back to the city to "deliver" the email to the internet. This was quite an exciting idea to me—that you did not require fixed infrastructure to provide "connectivity." This was an idea that always stuck with me. I continued working on mesh networks throughout my M.Sc. and Ph.D.. Sadly, my advisor died suddenly and I was left with a whole lab full of equipment to use. I spent this time running experiments on real equipment—laptops with many external Wi-Fi and Bluetooth adapters and industrial strength mesh routers, in addition to simulations and published many papers. Toward the end of my Ph.D., I started a robotics company where we made a hardware/software platform that made it easy for robots to form mesh networks and share sensor and control data—essentially a swarm robotics kit. We ran out of money, and I learned the lesson that if you can solve a problem in software, try that first.

BA: What efforts are you currently leading to put the control and the value of data back in the hands of the people?

JE: The expertise I developed during graduate school and in my previous startup was very helpful in my current role. I was brought onto a company named Left almost three years ago to turn a product named Yo! into a mesh network app. It was developed to be an "offline" file sharing and messaging app, which operated using a Wi-Fi hotspot on the phone. This idea was developed in Bangladesh to solve their own connectivity problems due to lack of affordable infrastructure. If devices were farther than hotspot range, they could not join. Instead of turning this single app into a mesh, I advocated for creating a "library" that would allow any Android app using it to also join the mesh and use it. While many people can afford an Android phone, many people cannot afford internet access. After the lesson I learned in the robotics startup, I wanted the solution to be software only using the phones people already have, without requiring root access or user intervention such as pairing devices. This became RightMesh. RightMesh links together hotspots using Wi-Fi, Wi-Fi direct and Bluetooth to form large localized meshes (or ad-hoc networks). Devices that have internet access can be used to link together these local meshes into one large global mesh. Devices sharing their data can earn cryptocurrency tokens and the entire system was developed so that centralization is minimized.

Some early pilot projects are giving us feedback into device density, mobility patterns, and how people may use the mobile mesh technology. In Rigolet in Northern Labrador [Canada], RightMesh is working to bridge the full internet into local communities that lack cellular service and have limited available internet access that is often overloaded. An application is being developed on top of RightMesh, which allows for environmental and public health monitoring due to the effects of climate change. People in the community are also excited about being able to do things like sending SMS-like messages without a cellular network. In Bangladesh, applications are being developed to address a variety of local problems such as delivering content, payments, and health services to people who can't afford cellular access and delivering educational content in refugee camps.

We recently were awarded a $2.13M grant from MITACs to support four postdocs and 16 Ph.D. students over the next 3-5 years. Interested researchers in network protocols, blockchain and software engineering can apply online at: https://www.rightmesh.io/careers. We're also looking for community ambassadors around the world to be evangelists for our project and to lead groups of early adopters. Finally, our team is happy to engage with people and answer questions. Anyone interested can join our rocketchat channel at: https://rocketchat.rightmesh.io.