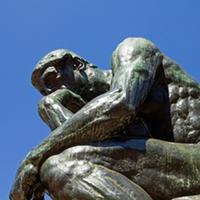 Just as we are coming to a common understanding of "computational thinking," a new term, "computational doing," has been finding some favor among educators. I used it once in a quip that our students ought to do more than think about programs: "We are most valued not for our computational thinking, but for our computational doing." [1]. George Thiruvathukal used it to mean computer scientists reaching out to people in other fields in a spirit of collaboration [2]. Valerie Barr used it to mean getting students to do useful work with computations, which significantly helped them learn basic computing [3].1

A little context is useful to understand the significance of this development. In previous articles, we have traced the history of computational thinking (CT) from its origins in the 1950s until the present time [4, 5]. Traditional CT was oriented on design and seen as a skill acquired from extensive practice with programming. Masters including Alan Perlis, Donald Knuth, and Edsger Dijktra gave accounts of the mental practices involved.

After 2006 a new version emerged as part of a U.S. National Science Foundation initiative to weave a computing thread into every K-12 curriculum, seeded by Jeannette Wing's article in Communications of the ACM [6]. This massive effort defined its own version of CT independent of past history. New CT is oriented on solving problems by expressing their solutions as computational steps. It could be taught as a set of concepts without extensive programming practice.

The NSF initiative has accomplished much. Various organizations including CSTA.ORG and CODE.ORG have published curriculum guidelines for computing in K-12 schools. Five thousand teachers have been trained in CT. A new advanced placement (AP) curriculum is in place and many universities allow AP graduates to receive credit for the new college-level CS1 computer science principles course. Despite all this effort, a significant remaining trouble spot is educators have not yet converged on a common agreement defining computational thinking, on the basis of which they can firmly establish a curriculum and evaluate whether their students have learned computational thinking as a skill [4, 5].

In the years since, teachers have been grappling with the new CT. They have found new definitions vague and fuzzy. They continue to ask for a clear definition of computational thinking and the skill sets they are supposed to cultivate in their students [5]. The term "computational doing" appears as a cry for restoration of programming and design skills—a plea for a return to the original computational thinking.

I applaud the growing realization among computational educators that computational thinking is a skill. I am skeptical of models of learning that ignore skill development and rely solely on knowledge acquisition. Knowledge nowadays means "organized information" (as in scientific body of knowledge),and sometimes just "information" (as in what you find by searching the Internet). To rely solely on knowledge completely misses that the world is made of practices that we engage in with each other and embody as skills [7]. Computing technology has enabled much innovation because it opens many new possibilities for practice.

Graduates of high school and college are often shortchanged by overemphasis on knowledge acquisition relative to skill development. Employers say our graduates often lack important skills in software engineering, design, communication, and navigating in a fast-changing world full of surprises and unexpected turns. Were we to become more attentive to practices, our graduates would be better navigators of this world.

In the field of operations research, for instance, analysts design spreadsheets containing optimizing models for situations others work in, and then use the models to help optimize the way the work is done. Those professionals are computational designers. Similarly, other professionals design computations in Matlab, Mathematica, Photoshop, 3-D modeling, and more to help others solve problems in their areas. Most of these designers are domain experts but not computer scientists. In short, you can be a skilled computational designer in many fields without being a computer scientist and without even thinking of yourself as engaged in computer science [2].

The two interpretations of CT have generated confusion around the definition of algorithm. This confusion clouds what is expected of computational designers and thinkers.

At the start of his monumental work, The Art of Computer Programming, Don Knuth discusses the meaning of algorithms. He says there are five requirements for a procedure to be an algorithm: finiteness, input, output, effectiveness, and definiteness. The last has been mangled in the muddles of computational thinking.

Definiteness means each step has a definite and unambiguous effect. Algorithms expressed in English (or any other human language) are subject to different interpretations by different listeners, according to their language and cultural backgrounds. Knuth that to avoid this difficulty, we invented formally defined computer languages, whose statements are rigorously unambiguous. When we use a computer language to express an algorithm, we avoid the risk that users will misinterpret our intentions. Algorithms expressed in a computer language are programs. There is thus a tight coupling between algorithms and programs.

Some promoters of new CT have claimed a step-by-step procedure, such as a kitchen recipe, is an algorithm, and a person following a recipe is a computational thinker. Knuth says kitchen recipes are notorious offenders of the definiteness requirement: "Instructions like 'toss lightly until mixture is crumbly' are quite adequate as explanations to a trained chef, but an algorithm must be specified to such a degree that even a computer can follow the directions."

Thus, the promoters of new CT have espoused a definition of algorithm that conflicts with long traditions in mathematics and computer science. This is a serious error. Because the error is not obvious to many teachers and students, students are learning fallacies about algorithm design algorithms and the limitations of computing machines.

You might ask whether the insistence on definiteness can be maintained for new technologies whose outputs can vary with probabilities, such as quantum computing and white noise generators powering randomized algorithms. Definiteness can be maintained in these cases. Definiteness does not mean that an operation always produces the same answer with the same inputs. It means each operation has a well-defined effect that can be carried out by a machine. Getting a random number from a white noise generator is an example. Feeding parameters to a quantum computer that approximately solves an optimization problem is another example. We routinely accept machines can produce different outputs with different probabilities for the same input. We can have definiteness even with randomized algorithms.

This is not the end of it. Some promoters of new CT have argued an algorithm is an expression but not a program. (For example, computingatschool.org.uk.) The intention of this distinction is to divorce the notion of algorithms from a computing machine, because the promoters believe that computational thinking can be used in everyday life without programming. Moreover, they see "expression" as a hallmark of individual creativity and do not want children to feel constrained from being creative while inventing algorithms. (I wonder if they believe programming constrains creativity.) This attempt at separation is another fallacy and ignores long traditions of mathematics and computing.

Al Aho pointed out it is impossible to design computations without having a computational model in mind [8]. The computational model is a conceptual machine controlled by the algorithm. It is the reference point for "precision" in the meaning of computational steps. His insight is lost in the fallacious notion that algorithms are merely expressions with no necessary connection to machines [9]. Algorithms cannot be cleanly separated from programs as long as we insist the steps be so precise that a computer could do them.

I wish we could restore rigor to the definition of algorithm. Misconceptions allowed by the claim that step-by-step procedures are algorithms will lead students to believe they are creating computational entities when they are not.

Peter J. Denning is Distinguished Professor of Computer Science and Director of the Cebrowski Institute for information innovation at the Naval Postgraduate School in Monterey, CA, is Editor-in-Chief of ACM Ubiquity, and is a past president of ACM. The author's views expressed here are not necessarily those of his employer or the U.S. federal government.

1. Curiously, computational doing is not mentioned in the text.

2. From sidebar in "Remaining Trouble Spots with Computational Thinking" [5]

The Digital Library is published by the Association for Computing Machinery. Copyright © 2017 ACM, Inc.